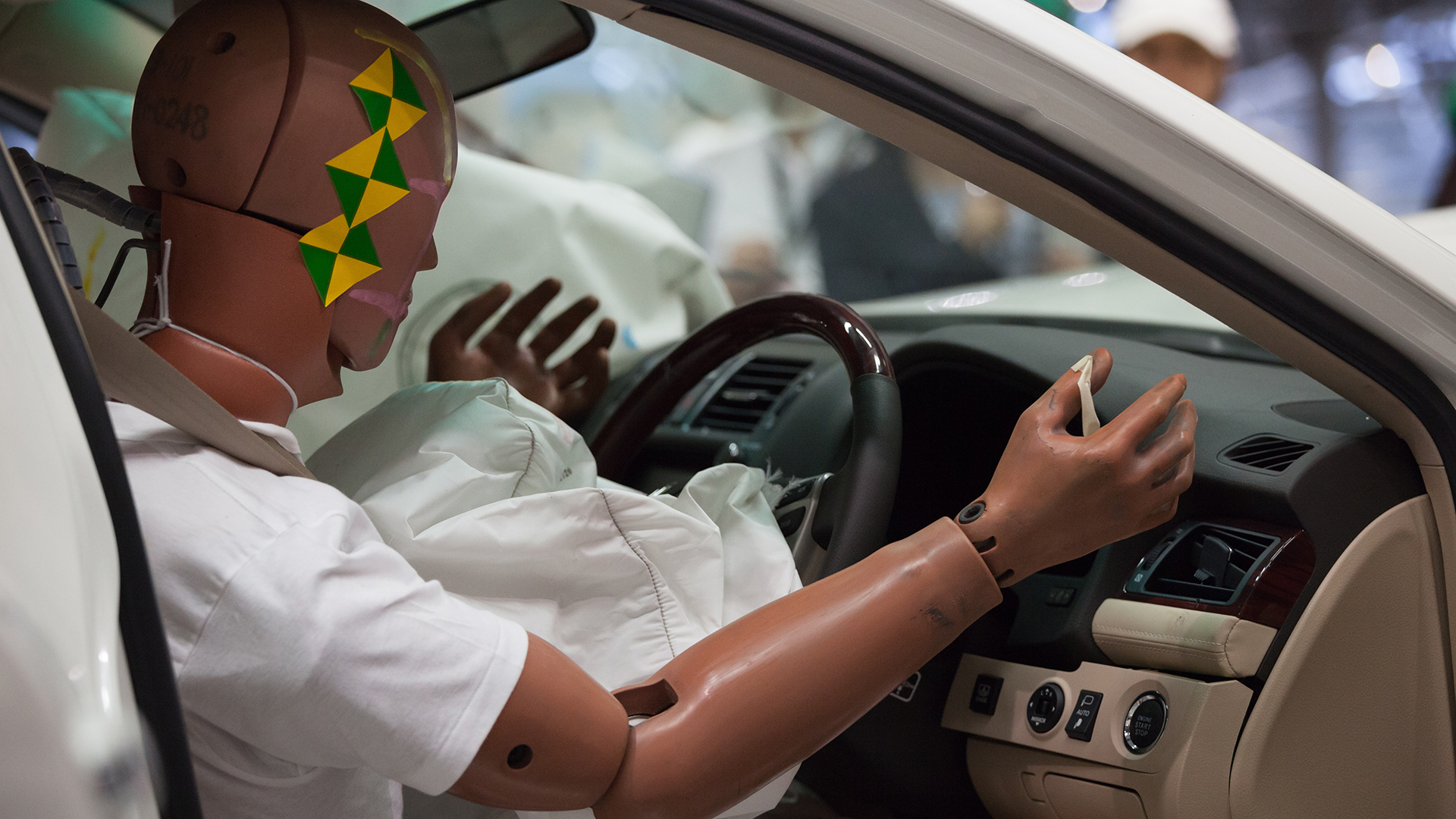 The All-Important Role of Crash Testing in Automotive Development

Using crash testing technology to help design vehicles that will provide their passengers with a high level of protection if a crash occurs.

According to the National Highway Traffic Administration (NHTSA), a car accident occurs in the United States once every sixty seconds, amounting to an average of 5.25 million accidents per year. The NHTSA also reports an average of 38,000 traffic fatalities per year. While this number is sobering, it would be much higher if not for the efforts taken by automotive manufacturers to make their vehicles as safe as possible.

In addition to designing vehicles that will perform as expected without any potentially dangerous malfunctions, it is also essential for those in the automotive industry to design vehicles that will provide their passengers with a high level of protection if a crash occurs. For this reason, comprehensive crash testing is an all-important step in the vehicle development process.

At XSENSOR, we are committed to helping automotive manufacturers keep their customers safe on the road through cutting-edge crash testing technology. To explain the role that XSENSOR's crash testing solutions play in the process of designing a new vehicle, let's take a look at how tests are performed, what crash testing entails, why it is so important, and how our High Speed (HS) Impact System empowers manufacturers to design vehicles that provide optimum occupant safety. 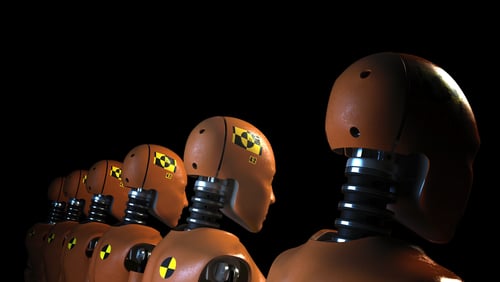 How the Crash Testing Process is Conducted

Crash testing begins with preparing the test vehicle. The vehicle's fuel is removed and replaced with a less volatile liquid to prevent fire and explosions; then, the vehicle is covered with black and yellow tape and targets. These markings enable engineers to measure the vehicle's deformation at various points post-impact. Cameras are placed throughout the vehicle, along with crash test dummies equipped with a range of pressure sensors, motion sensors, and accelerometers. Cameras are placed throughout the testing site to record the crash both within and outside the vehicle.

Once the test vehicle has been prepped, it is placed on a moving sled that is used to simulate a number of crash scenarios, including rear impact, head-on impact, rollovers, and side-impact collisions. After each sled testing collision, a variety of data is gathered. Common data collected from crash tests include:

Along with testing the effectiveness of passive safety systems such as seat belts and airbags, the primary purpose of vehicle crash tests is to evaluate the deformation of the vehicle's passenger-carrying compartment in various collision scenarios. The goal of safety engineers is to minimize the amount of deformation that this space incurs to create vehicles that will provide the highest possible level of protection during all types of collisions.

One key challenge that automotive testing engineers face is the sheer number of regulations they are expected to abide by. Vehicle crash test standards set by organizations such as the NHTSA and Euro NCAP are broad-ranging and demanding. The fact that such regulations can differ dramatically from country to country makes it all the more difficult for manufacturers developing tested vehicles for an international market.

Another key challenge in vehicle safety testing is the difficulty of measuring impact pressures at high resolutions and speeds. Crash testing engineers are tasked with creating a moment-by-moment analysis of what happens to a vehicle under the most extreme, high-speed conditions. Without the right technology, this can be a significant hurdle to overcome during the development test.

Fortunately, we at XSENSOR have developed an impact testing solution that provides engineers with unprecedented analysis of surface pressures during and after a collision. With the help of our state-of-the-art High Speed (HS) Impact System, engineers can now collect high-resolution crash test data that is precise, reliable, and repeatable, then use that data to isolate issues and develop the solutions needed to save lives. 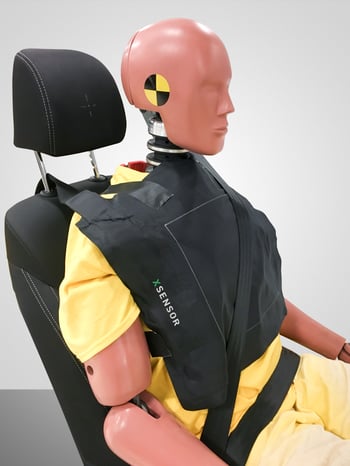 Our HS Impact System t includes a rugged and durable data logger that comes ready to mount to crash sleds along with a broad range of thin and conformable HX impact sensors to install on seats or anthropomorphic test devices (ATD) crash test dummies. These impact sensors come in a number of different sizes and pressure ranges and contain thousands of sensing points that are sampled up to 3,000 frames per second. This allows engineers to evaluate product performance throughout the impact scenario and collect consistent data over repeated cycles thanks to the HS Impact System's exceptional calibration stability.

In addition to requiring far less frequent recalibration than competing crash test systems, the HS Impact System is also designed to exhibit an incredibly long life cycle. The high-quality construction of both the system's sensors and its data logger enables it to stand up to the punishing shocks and vibrations of crash testing over multiple impact tests.

The key benefits of our HS Impact System are the quality and resolution of the data it provides. With the software built into our HS Impact System, engineers can view the results of a crash test live or post-collision and access a litany of reliable data in a single intuitive dashboard. This combination of fast and responsive sensors, powerful software, and durable construction makes the HS Impact System the most capable crash testing technology on the market today.

At XSENSOR, we take pride in our company's role in helping prevent automotive deaths and injury. If you would like to learn more about how your company can leverage the cutting-edge advantages of our HS Impact System to design vehicles that will provide as much protection as possible in the event of a high-speed collision, be sure to contact us today.

A Major Trend in Retail for 2019: Give an In-Store, Personalized Digital Experience

The Importance of Static Tire Testing

What static tire testing entails and why it is a crucial part of the tire development process. ...
Read More

The Importance of Automotive Seat Testing